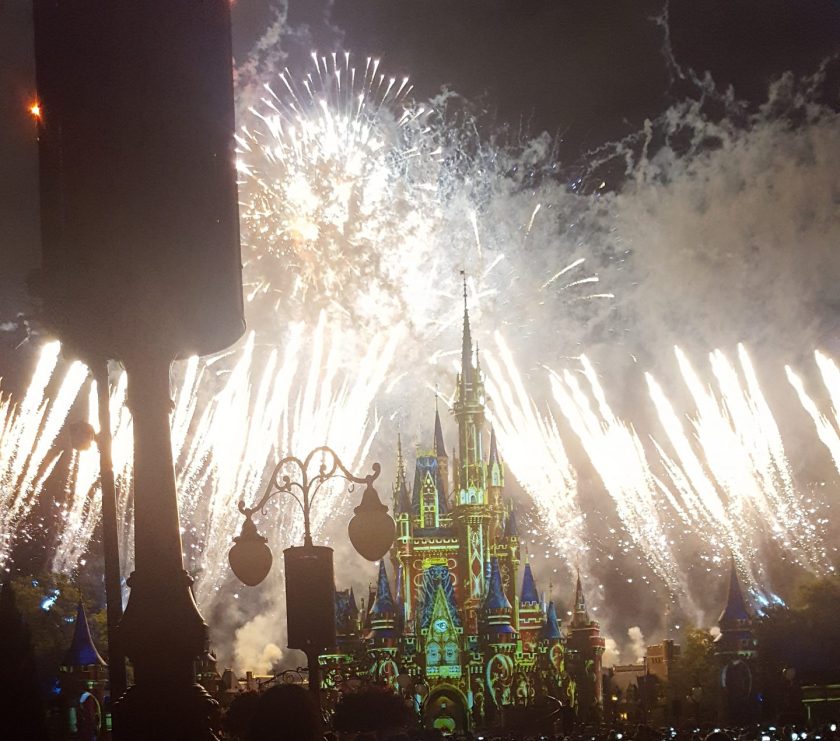 The Fourth of July has always been my favorite holiday. I hear people complain when their local city isn’t doing fireworks on the Fourth. To me, that’s a bonus because it allows me additional opportunities to view the pyrotechnic displays. I live in Ohio, so I only get fireworks on select days: The Fourth of July (and maybe one or two days around it), a local city’s Homecoming celebration, and occasionally a baseball game.

At Walt Disney World, every day is like the Fourth of July! There are nightly displays at three out of the four theme parks, with Animal Kingdom the exception due to the presence of the animals. If you have to make a decision on which show to watch without question my answer (and I would guess 99% of other Disney-goers would agree) is Happily Ever After at Magic Kingdom. But if you can get to them all!

I wish I could say we took advantage of the nightly fireworks displays, but we were only able to catch two shows in 2016 and three in 2017. We would have done four (well, probably 3.5) in 2017 but weather and a bit of frustration ended our day earlier than planned at Hollywood Studios.

After watching fireworks at Disney World I must say I’ve become quite a snob when it comes to local shows. They really don’t compare. Disney does them on a very grand scale.

Illuminations was the last display to see. It just didn’t work into our trip for our first visit so we made it a point to see them in May 2017. We grabbed a spot in World Showcase and milled around while we waited for the show to begin. I believe this is the shortest of all Disney’s nightly displays. It was pretty and had some moments, but after all the others I was slightly let down. The fireworks are set off the water, which is cool, but there is much less in the sky than I’m used to. I also felt there was a lot less color to the show. I thought with a view looking towards Spaceship Earth everything would light it up, but mostly the smoke covered it. Maybe we just had a bad day for viewing. 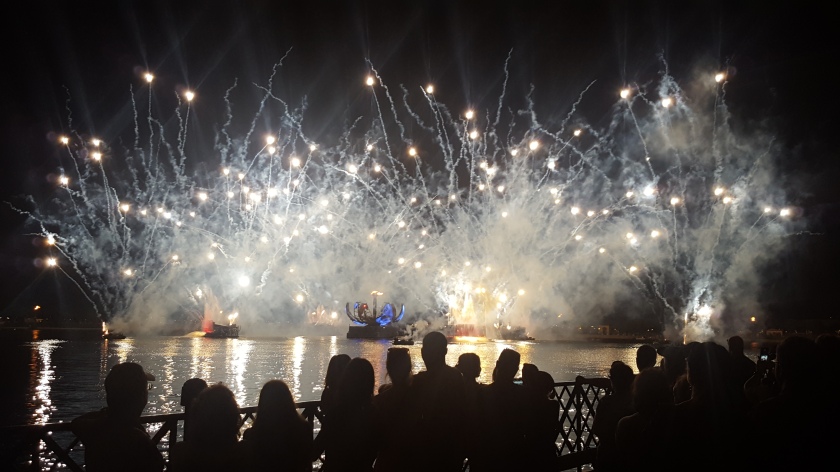 It’s important to say that our visit to the Star Wars Fireworks was in 2016. The show has changed since we saw it. I have seen videos with the updates. It’s still a beautiful display. There are projections on the Chinese Theater (and I believe there were when we went as well). We viewed these from near the Crossroads of the World tower right near the park entrance. It was a last minute decision to watch them and it added even more excitement to our unforgettable rope drop to close day in the park. Maybe we were just really excited because of how amazing the day had already been but the show was amazing. 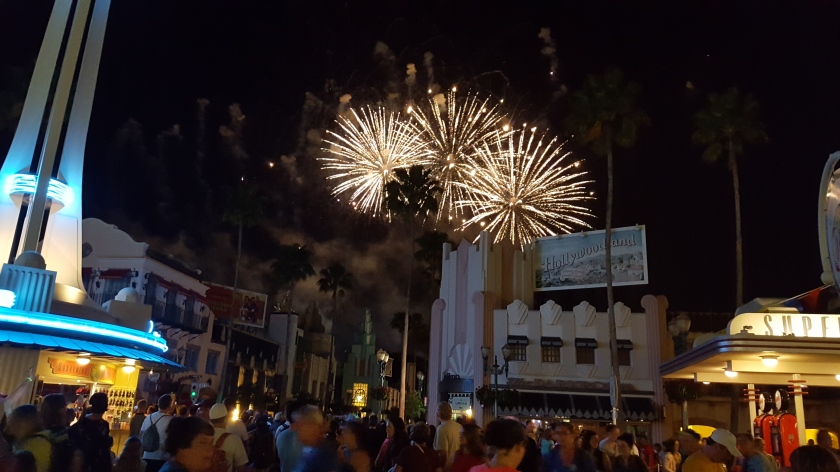 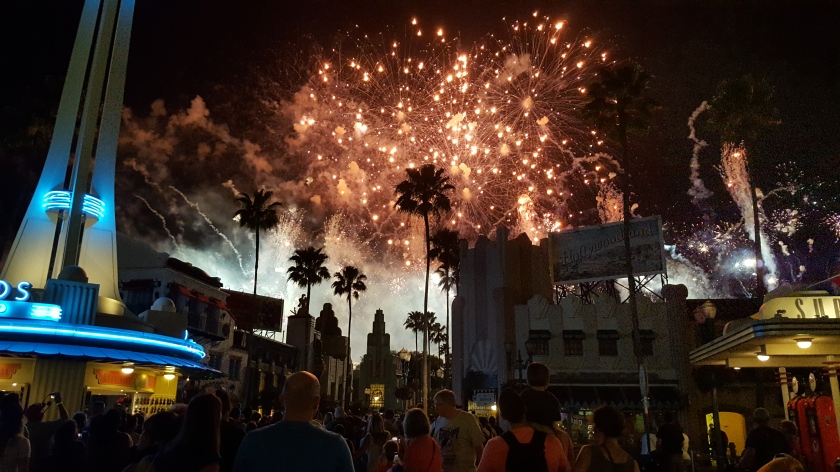 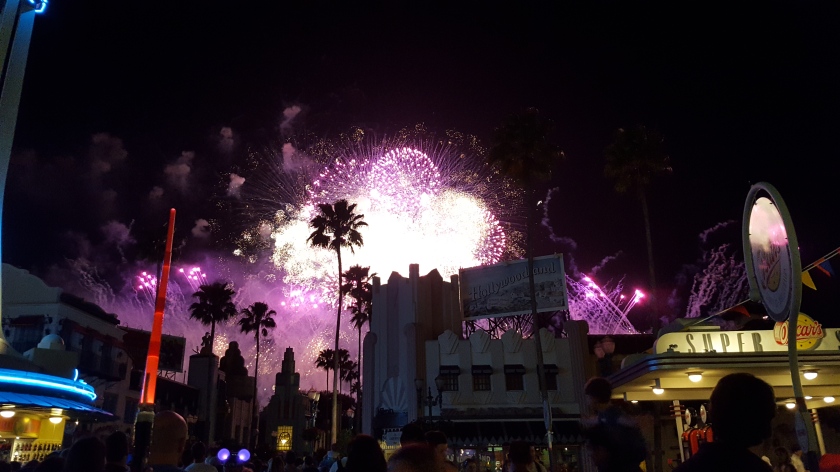 We have no idea what kind of show was happening at the Theater, but the show in the sky was loud, bright, and colorful. It was the perfect way to end the day!

Happily Ever After at Magic Kingdom

And then a few days later we watched it in the hub at Magic Kingdom. There aren’t enough words… in fact, we didn’t even have words after watching up close. Grumpy isn’t one to be easily impressed and even he was wowed by the massively intricate and stunning projections that transform Cinderella Castle and the fireworks that go along with it. 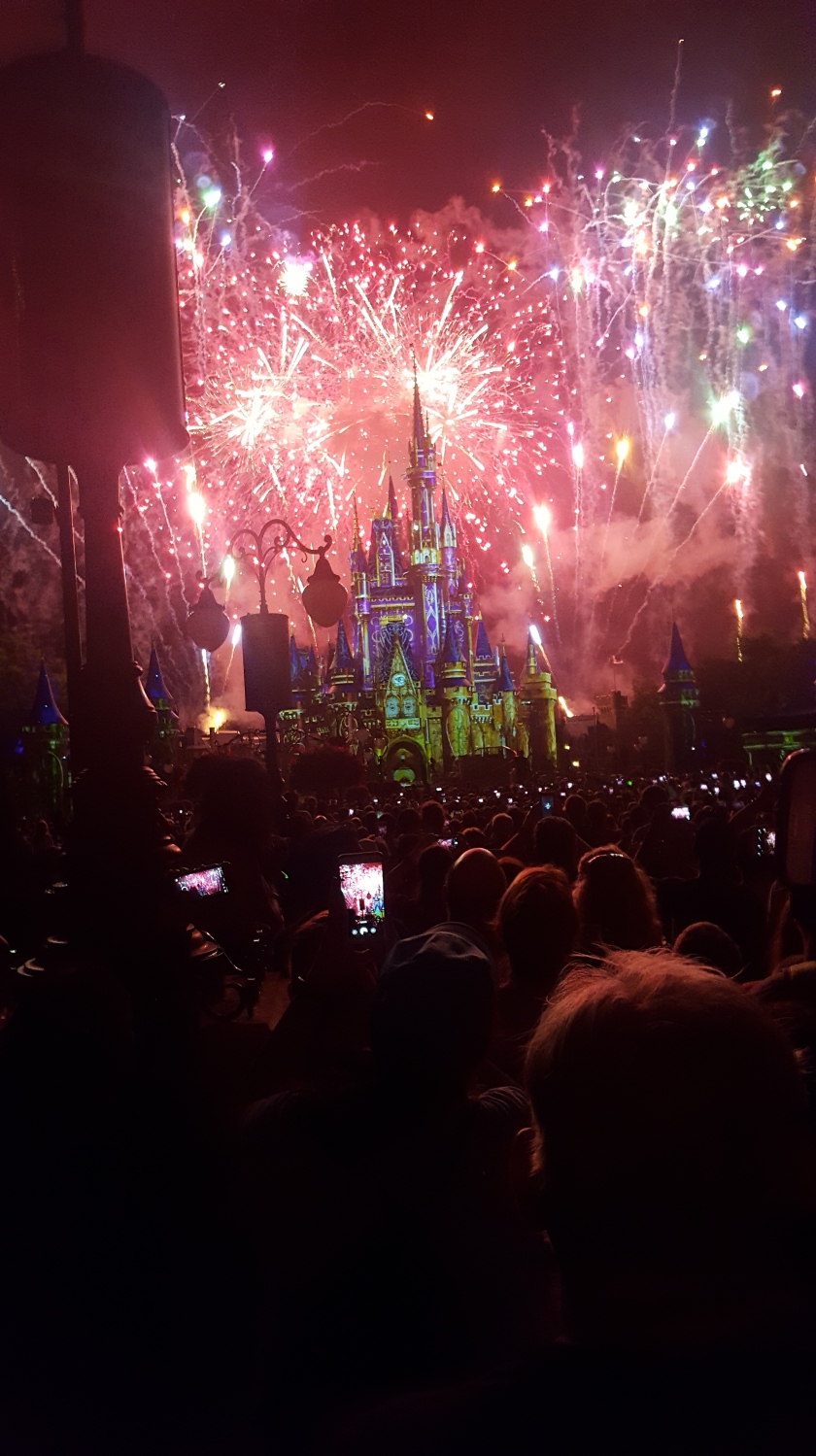 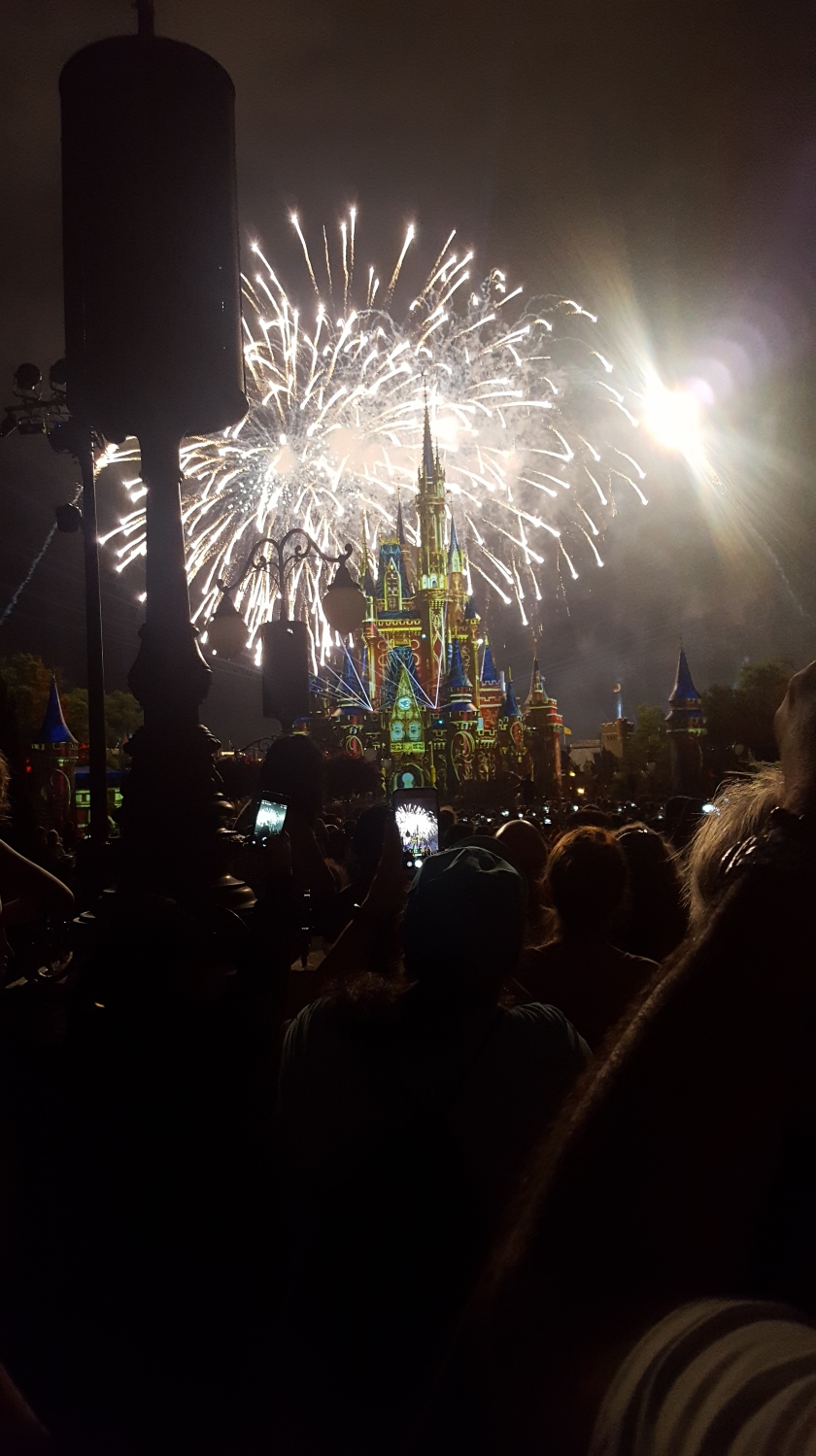 If these pictures don’t tell you enough. Squeeze in front of the castle (at least an hour before the show) and see for yourself. It’s so worth it.

Wishes is the now-retired predecessor to Happily Ever After. Since it was our first trip I did a lot of research on where to view this show. We opted for a spot behind the Castle and near the Carousel. It was a wonderful show with great music and yet another amazing display. We felt like the fireworks were all around us. 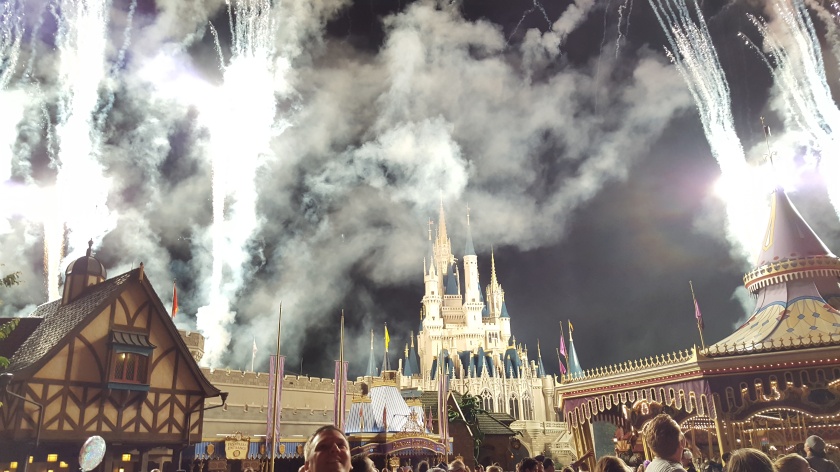 I’m working to put together plans for fall, but one thing is for certain we’ll make it a point to catch see some of these nighttime spectaculars!