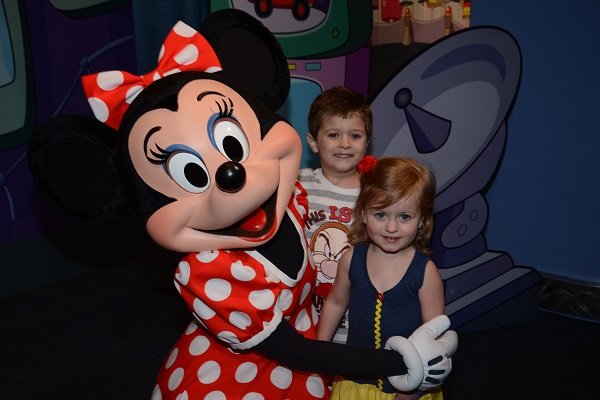 It’s really hard to guess how kids are going to react to characters. Some will cry and some will jump for joy. Others may do nothing at all. Literally nothing.

My kids had met plenty of characters in costume before our trips. They saw the Chick-Fil-A Cow. Peanut was quick to give him (or is it a her?) a high-five! Diva, on the other hand, gave a concerned side-eye look. My sister took them to see the Cleveland Browns Dog and all went well. Diva also had a chance before Disney to meet several princesses at a local Princess Ball. She loved dancing and smiling with them.

As we prepared to go to Disney the first time Peanut was approaching his 5th birthday and Diva was just over two. I’ve always said that Peanut was far smarter than his age. I know that sounds like a parent talking up their child but really I still think he is. Grumpy and I were surprised to hear him speak a full, and sarcastic, sentence at about 16 months old. So it really shouldn’t have come as much of a surprise to me when one day We watched a YouTube video and talked about meeting Mickey Mouse. Peanut looked right at me and said there’s just a person inside that costume.

I was frozen for probably just a second or so but it felt like a really long time as I tried to come up with the right answer to tell my little child. I tried to pull off the “Disney is Magic” answer. Who did I think I was fooling? He came right back at me telling me all about his costumes and how he loves to dress up so he knows that there’s a person inside the Mouse. To be honest, my heart was a little broken. When I thought about it some more I started to realize that maybe that’s not a bad thing because he wasn’t disappointed. There was still a lot of excitement to meet Mickey Mouse.  Nothing had changed.

I did have to say not to talk about the person in front of his sister though and he was fine with that. He is the type of child that wants to know and understand everything that is going on around him so we talked about the characters honestly. And if we are being honest he really didn’t ask about the princesses or any of the face characters at all. He just understood that a mouse, a duck, and others just don’t really talk.

And he loved meeting Mickey! Evey time. Mickey even had them fly around the room with him.

Diva is approaching five and will celebrate her birthday on the next trip. She has never once asked a question about the costume characters and I doubt she will. It’s just not her personality.

So Peanut knows the truth there’s a person inside that costume but he also knows that the person makes the character come to life. He knows that the person is laughing, dancing, and having fun with him. It hasn’t changed much, if anything, about how our trips would have gone had he not ask that heart-stopping question.

My kids at least at first or a little shy. They don’t know even after watching many videos about how to interact especially when the character can’t actually speak to them. They’re wonderful at posing with the characters. Sometimes though they aren’t just statues and have some fun.

I wish I had overheard what Peanut said here.

Diva followed Joy’s lead when taking pictures. Joy was so wonderful to meet and really kept the kids attention.

Just because they don’t speak doesn’t mean they aren’t fun. I think Tigger at Crystal Palace was the best! He had the kids bouncing and laughing with him as he poked fun at Grumpy’s spiky hair.

Meeting princesses, Peter Pan, Gaston, the talking Mickey, and others were a little easier on them. There was a verbal greeting from the character each time. Sometimes, it was to comment on their clothing or an accessory. The ability of the characters to speak really sparks interaction.

And was silly with Buzz. 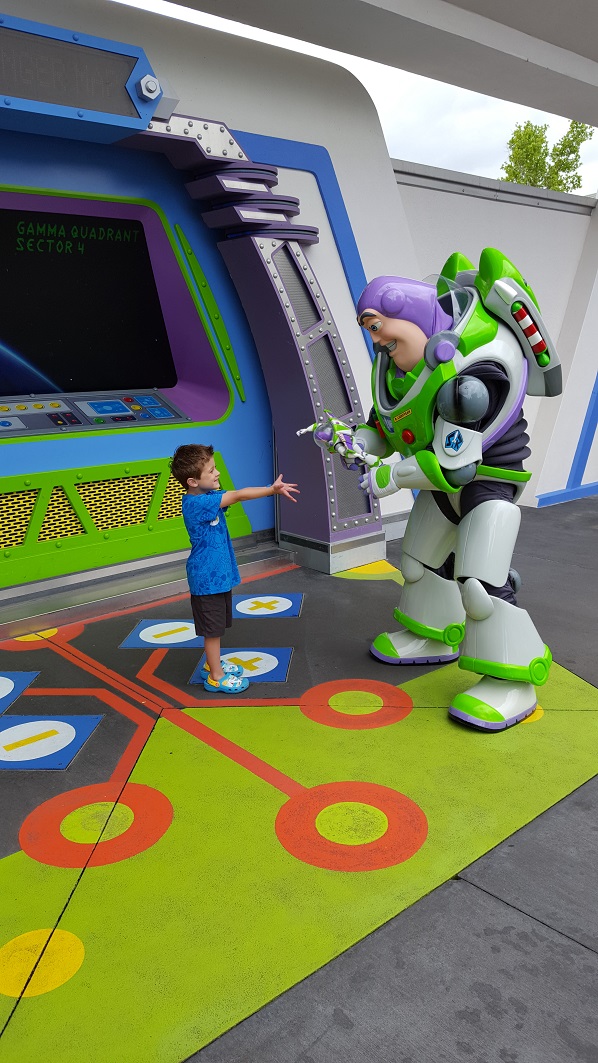 He chatted with Pocohantas. 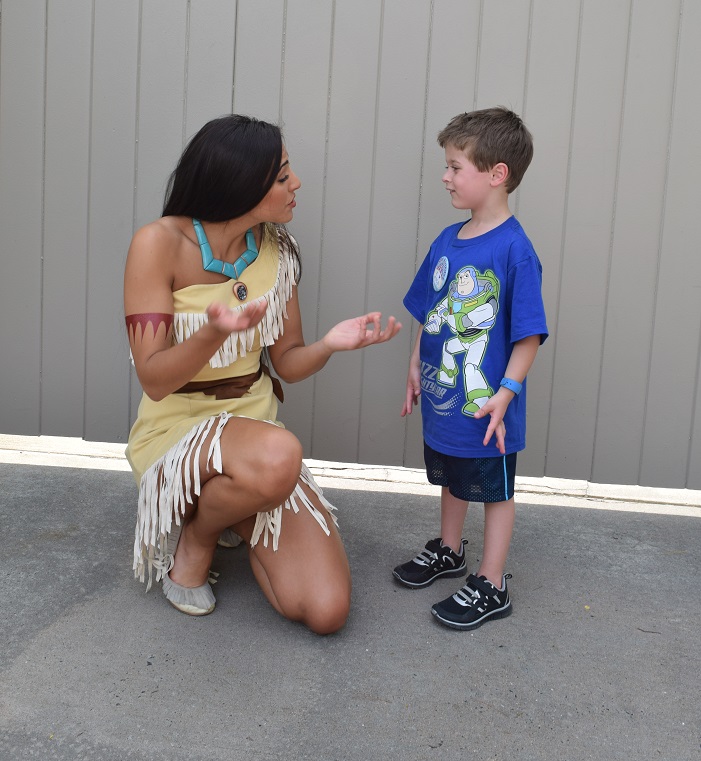 I can’t forget about when Diva danced with Max.

Their interactions aren’t over the top. My kids are just themselves. Sometimes they’re only having a casual conversation with a character. But they’re cute and they have fun. That’s all that matters.

It's another #FireworksFriday! I'm guessing that about roughly 1/2 of the pictures I have from 2016-2019 Disney trips are fireworks. I'm not saying their all good ones,  but there is a lot. I miss sharing them. Even if they aren't in the parks right now these still make me happy. And I like filling my feed with happy. ☺
Everything picture I have from Flower and Garden Festival is a throwback from 2016 or 2017. I was wowed by the topiaries then but they have evolved and become even more detailed. I didn't even know that was possible. I'm looking forward to finally seeing all the incredible designs in person again.
It's already Wednesday! I love when the work week breezes by.
Tuesdays are for tasty treats. By that, I obviously mean chocolate... and ice cream!
Happy Monday! It's not only the start of a new week, but a new month. March tends to be one  my least favorite month. It has always been so long. Wasn't it the equivalent of two years in 2020?!
Another week where I'm missing the Disney fireworks. I realized we last saw fireworks as a family in September 2019. It feels like ages ago.
There's never a dull moment living with this little diva!  She was sassy and stubborn since she was born. I loved when I found an etsy shop that sold the "Disney Diva" iron ons (my pre-cricut days) and I could make her a shirt in her favorite color. This picture was the beginning of her diva pose. She did this all on her own.
I may not have enjoyed the movie Avatar, but there is no disputing Pandora: World of Avatar is gorgeous and Flight of Passage is an amazing ride whether you love, hate, or haven't even watch the movie.
I can't wait to shrink down to the size of a toy again. I am getting really excited as our countdown ticks away. We're at 35 days!
There nothing like mornings on Main Street! Until I get the "Hurry up, Momma" gripes from these two when I ask for this or other empty park picture. 🤣 They were in a rush to make it to Seven Dwarfs Mine Train but I couldn't pass up the view.
Oh, how I wish we were off to Neverland but it least we're going into the weekend.
Our very first Disney trip started with a celebration. Luca turned 5 during that trip in 2016. Since then celebrations have been an extra reason (excuse) to travel.