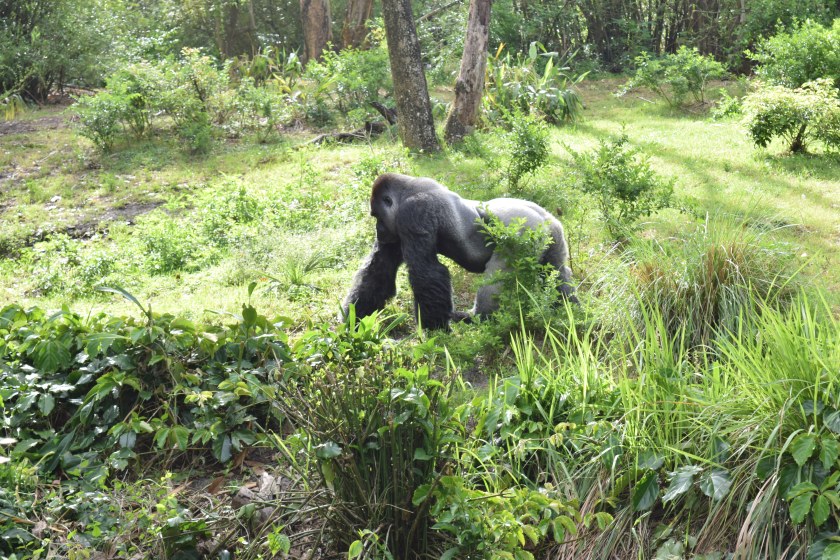 We had stayed out later than planned the night before our visit to Animal Kingdom. We got a slow start but managed to make it to the park by 8:45AM. It was a morning Extra Magic Hours day and we missed most of it. We were at the back of the crowd waiting for general opening. There is no point is pushing past them for our remaining 15 minutes of extra time.

Our first stop a bird show in front of the Tree of Life. My mom has a cockatoo, so I’m used to seeing a large bird free without a cage– what I’m not used to is a flock of them taking flight at/over the crowd. Whoa! Cool, but we definitely ducked down. 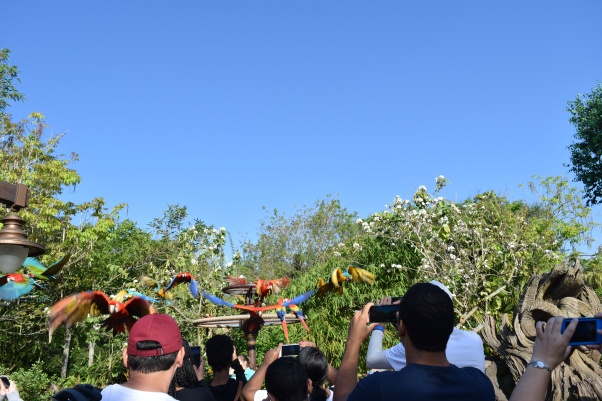 If we were still feeling groggy when we walked in this was enough to wake us up.

We weren’t rushing for anything. We had a FastPass+ lined up for the Safarai and my son didn’t meet the height requirements for Expedition Everest so there was no need to hurry. We stopped near some tribal drums. (I most certainly don’t know what kind they are, so that’s as specific as I will be.) The kids love music so we took some time to play.

We continued our leisurely journey and walked around the Gorilla Falls Trail. The gorillas were wide awake and very active. We spent quite some time watching them. Both kids were fascinated. There were fish, birds, meekrats. We listened to the Cast Member that was with the meekrats for a while.

Then it was Safari time! I had heard this is ranked best safari in the world. I don’t know if that’s true or not and I don’t know the source. I do know it is a must-do on our list.

AND…..Kilomanjaro Safari was a HUGE hit! It’s unreal to see many animals so close. Without boundaries. We made a couple stops during our safari to wait for the road to clear. We saw giraffes, sleepy lions, zebras, rhinos, crocodiles. It was the best.

Here’s just a few pictures. It’s a little risky when you let your almost five-year-old use the camera. He changed some settings, that I’m certain I couldn’t duplicate if I tried. It made for some cool pictures. 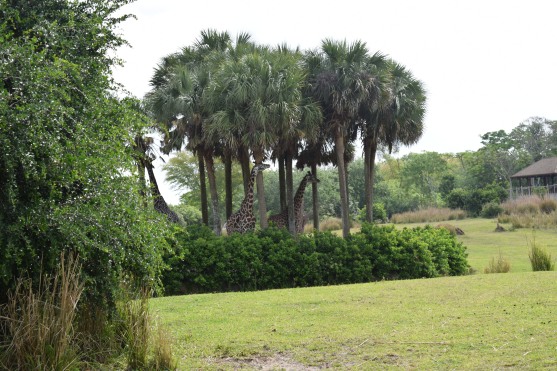 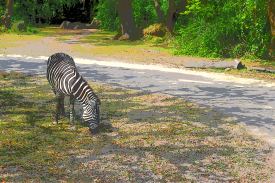 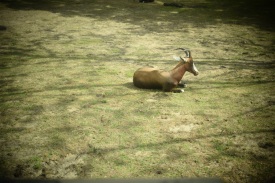 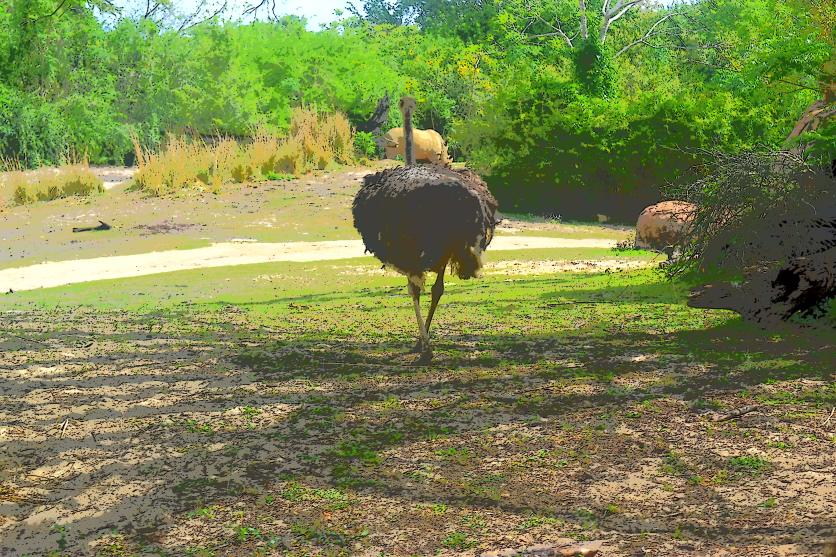 After the safari the kids laid eyes on a face-painting station. There was no saying no. We’re in Disney. We’re here to have fun. Paint away. Even I got my face painted. 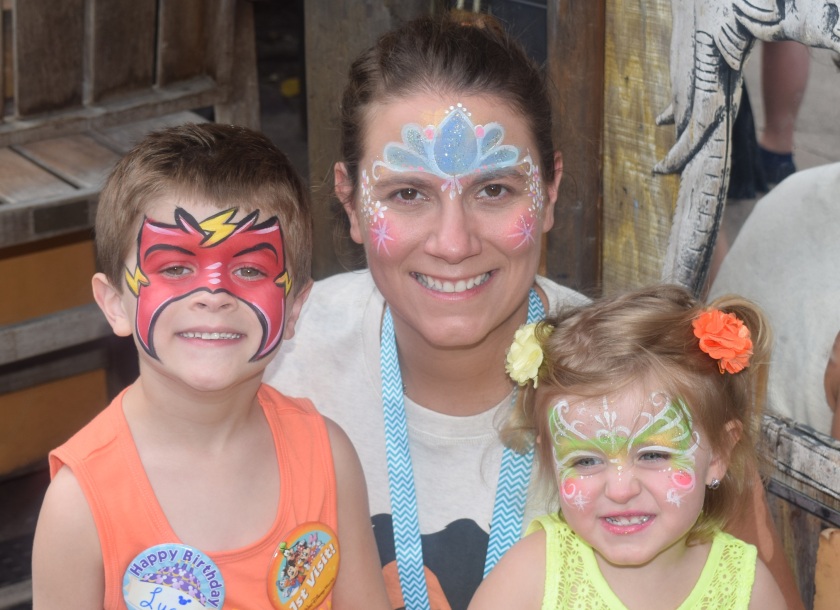 I was terrified to try It’s Tough To Be A Bug. But we did it. My little one wanted to go, but then when she heard the buzzing she was a little less convinced she should be there. All I kept thinking is “when is that thing going to crawl across my chair.” I didn’t like anything I heard about this experience. It ended up being cute. Still kind of creepy and made my skin crawl. (Yet, I would end up doing it again on our next trip.)

Time to split up. My husband and son are going to ride Dinosaur. We part ways in Dinoland. My daughter thinks Triceratops Spin looks fun so we get in line to ride. There are some carnival games set up in Dinoland. I hadn’t read about them in any of my research so I was surprised with the cute set up in the area. We watched some kids playing games and then we reunited the family.

We had really poor timing all day. You think we would have learned our lesson after missing Snow White at Epcot. We missed several characters. We were getting hungry. Let’s just eat. At least we’ve learned that eating lunch early is the best plan. The earlier the better. So we grabbed a bite at Restaurantosaurus. There is no line. There’s a clean table in a perfectly shaded spot. It had been getting really warm. The shade and ice cold drinks were much needed.

After lunch it was off to meet Mickey & Minnie. This is the one time we can meet them together. We were in line. It was only a 10- or 15-minute wait. The kids are done. My son wants to swim. Both kids are hot.

“Guys, Mickey & Minnie are right there. And we have a FastPass to see the Lion King soon. It’ll be inside where it’s cooler.”

My daughter is only two and a half and has just really started to talk. She is not communicating well and crashing fast. Out of line we go. It’s time for the pool.

We took a long afternoon at the pool and some rest time in the room.

We had a reservation for dinner at Tusker House and it’s near park closing, so we had to get there on time. I couldn’t convince anyone to go back much earlier to see more of the park.

A review on Tusker House (and other dining) to come. In April 2016 there were not nighttime activities at Animal Kingdom. The park closed at 5:30PM. I thought it was great. We were only a handful of diners at the restaurant yet there was no rush for us to get out. When we walked through the park to leave we could just look around and  enjoy the scenery. We were able to spend the evening at the hotel and get a good night’s rest before going to Magic Kingdom in the morning.

The kids LOVED Animal Kingdom. Even if we left for a large part of the day and didn’t see everything. It didn’t matter. What we did see and so was great!