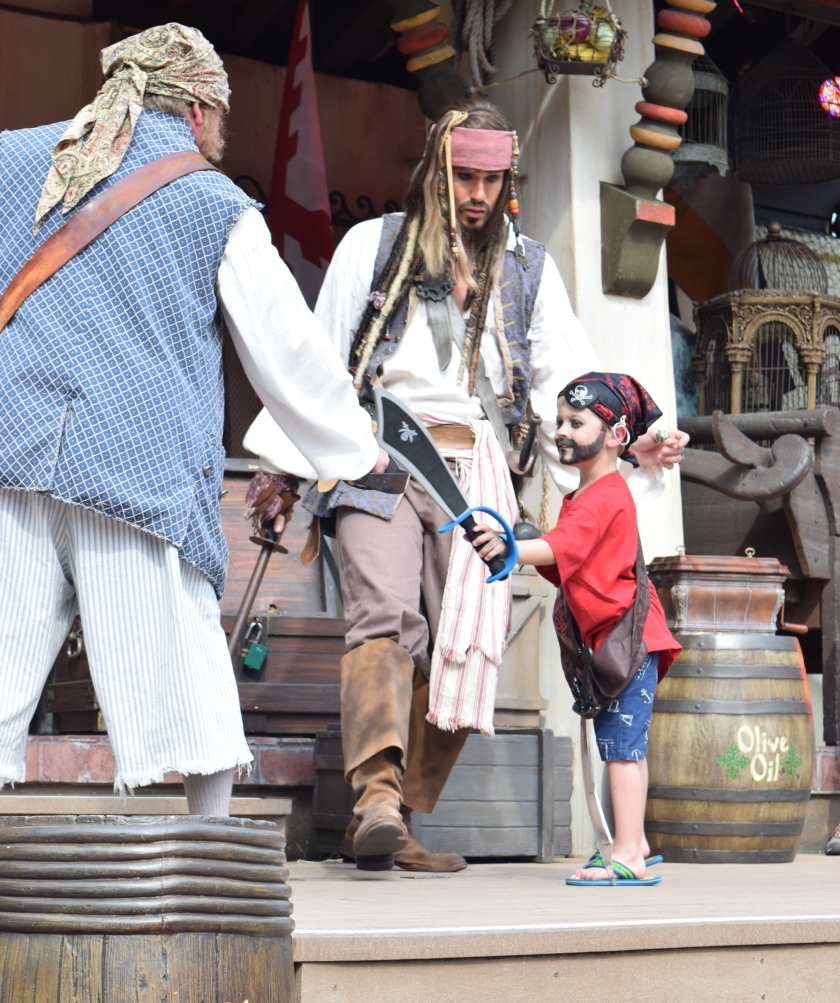 I was really concerned about this when just four months before our first visit announcements came out that several things in our plan for Hollywood Studios were closing and SEVEN DAYS before our arrival. Now Mike & Sully from Monster’s Inc. and Lightning McQueen & Mater from Cars weren’t going to be there. Missing these two meet and greets was a huge blow. The Lights, Motor, Action stunt show was also closing. It sounded like a fun show. But we scratched it all off the list. It’s gone.

I’ve repeated it to my mom friends with little boys: “Do not be fooled. There is so much for them to do.”

Mickey Mouse is there, of course! As are all of Mickey’s friends. You can find them in each of the four parks. 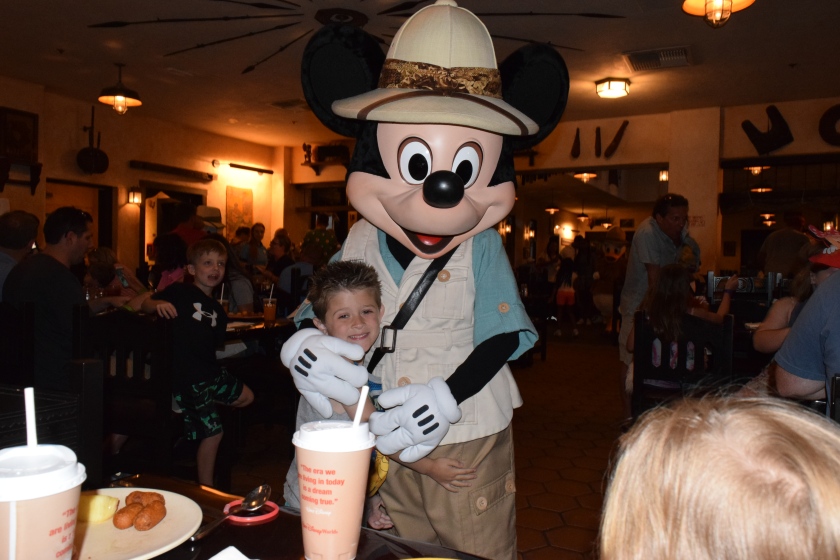 We found Mater even though the Hollywood Studios meet closed. He was in the Cars section at Art of Animation just a short walk from our room. Even if you’re not staying there you can (and should) visit the property.

Becoming a pirate and being on-stage with Captain Jack Sparrow may have been the ultimate highlight of this little boy’s birthday! The Pirates’ League is a an add-on activity that transformed my kid into a pirate. The makeover included makeup, a pirate sword, sash, earring, a bit of pirate treasure, and a certificate complete with a pirate name.

Across from the Pirates’ League is a stage where Captain Jack Sparrow has a pirate tutorial several times throughout the day. A few children are selected during each show to take a lesson from the Captain. It’s fun for kids and funny for adults. At the end all kids in the audience are invited up on stage and given a pirate certificate. 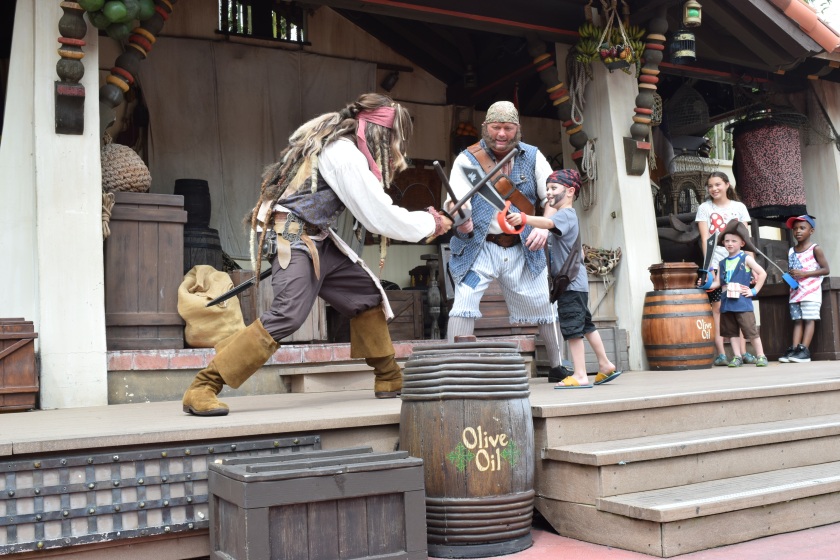 My son was in a Star Wars phase during our first trip even though he’d never seen a movie. Apparently it was all the rage with the 13 other boys in his preschool class. He went crazy over the Stormtroopers on patrol at Hollywood Studios and the March of the First Order.

He loved the knights at Be Our Guest and while he didn’t arm wrestle with Gaston and he was showing off his muscles in front of Gaston’s statute near his tavern. These were only a few of many things to catch his eyes. 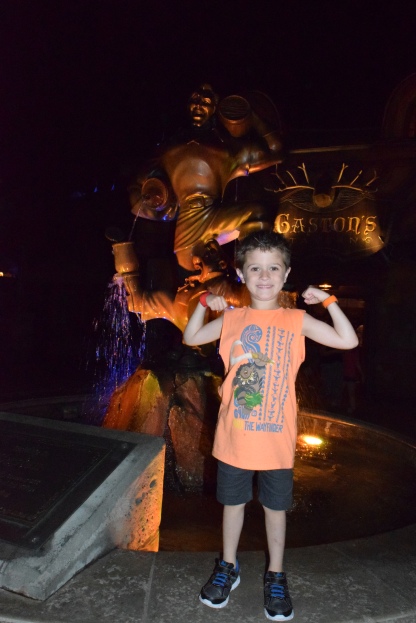 We met some favorite characters: Jake, Handy Manny (at Hollywood & Vine meal), Buzz, Buzz & Woody (together), Peter Pan, Tigger (at Crystal Palace meal), Rafiki (both the costume character and the statue), and Nicke Wilde & Judy Hopps. He hung out with the Green Army Guy in Pixar Place.

There’s so many rides for any kid–or adult– to love. My son’s top favorites have been Test Track, Buzz Lightyear Space Spin, Soarin’, and Barnstormer.

Morale of the story– don’t skip Disney because you think your little Prince won’t have anything to do.